The Story of Caracal Holsters 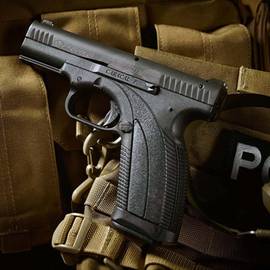 The company originates in the United Arab Emirates and is the regions original equipment manufacturer. They have a portfolio of the latest 9mm striker-fired pistols, submachie guns that come in standard, compact and suppressed versions. They also manufacture three tactical firles and three modular sniper rifles. The pistols made by Caracal are the first pistols made in the United Arab Emirates. The research on the guns was led by Wilhelm Bubits, an Austrian firearms designer previously designing the Steyr M pistol. The tests were held in Germany and by the end of 2006 Caracal International LLC. was born as a Abu Dhabi based firearm manufacturer. In 2009 Caracal received a license to distribute guns into the United States. They opened a subsidiary in 2012 in the United States in Trussville, Alabama.