The Story of Canik Holsters 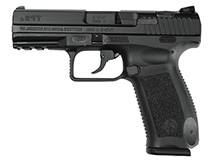 Canik is a line of pistols produced by Samsun Domestic Defense and Industry Corporation, which is a subsidiary of Aral Industry Corporation. Despite the fact that the company that makes Canik handguns was established only in the late 1990s, Canik pistols quickly became very popular among general shooting public. Canik pistols are produced in Samsun, a city located in the north of Turkey. The Canik TP9 is without a doubt the most popular branch of pistols produced by this manufacturer. The reason why Canik TP9 models are so popular is the fact that they are based on one of the most popular pistols ever produced - the Walther P99.