The Story of Remington Holsters 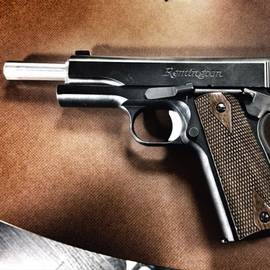 Remington was founded in the United States in 1816 by Eliphalet Remington. It’s the oldest gun maker in America, the only that produces guns and ammunition both, and it’s the oldest factory making original product-guns. The company has also developed and/or adopted more cartridges than any other gun maker in the world. The flintlock was an invention of Eliphalet Remington and it saw the light of the day in 1816, it marked his entry to the business and soon he opened his operation in Ilion, New York, where it is up to this day. Remington was the supplier of arms for both World War I and World War II and the famous Remington M1903A3 Springfield rifle was created during World War II. Nowadays, Remington is owned by Cerberus Capital Management