The Story of Honor Defense Holsters 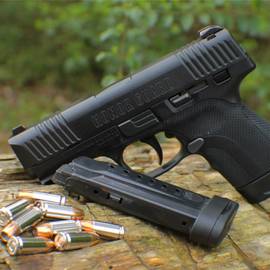 Honor defense is an American handgun producer, the manufacture is based in Gainesville, Georgia. Honor Defense specialises in improving the direction from the Army Modular Handgun program. The Honor Defense logo is based on The China-Burma-India Theater (CBI). The logo is designed after the shoulder patch worn by American soldiers based there.  This patch helped MP’s identify American personnel during the frequent ‘issues’ with British personnel.  Although morale was low and the challenges were difficult, these American heroes served with bravery and honor.