The Story of Bul Armory Holsters 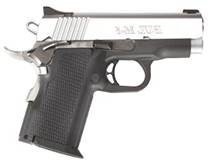 Bul Armory is an Isreali handgun manufacturer that specialises in manufacturing CZ 75 and M1911 clones. BUL was founded in 1990 in Israel and initially produced only a variant of the 1911 pistol (the BUL M-5). Later it began producing the BUL Storm and BUL Cherokee series of pistols. The Storm and Cherokee are chambered only in the 9mm Parabellum while the M-5 is chambered then 9mm Parabellum, 9x21, 9x23, .38 Super, .40 S&W, and .45 ACP.